Anna Hamre, Professor Emerita and former Director of Choral Activities at Fresno State, serves as Artistic Director of Fresno Community Chorus, Inc. where she conducts the Master Chorale, Coro Piccolo, and Coro Solare. While each ensemble mounts its own performances, the Master Chorale frequently collaborates with the Fresno Philharmonic Orchestra.

Dr. Hamre took over the Fresno Community Chorus in 2002. With the collaborative leadership of an active board, the organization has expanded to include five ensembles (Master Chorale, Coro Piccolo, Coro Solare, Quintus, and Altissima) along with various other musical projects. The Master Chorale, the region’s premier symphonic chorus, has had multiple performances included Donald Munro’s “Top Cultural Arts Events” in the Fresno area. The chamber ensemble Coro Piccolo, most noted for its holiday performances at St. Anne’s Chapel, presented the local premiere of Ron Kean’s The Journey of Harriet Tubman in March 2019. Added in 2016, Coro Solare was designed to rehearse and perform only during daylight hours. The treble-voice ensemble Coro Vox Aeterna was created for the recording of Mother of Light, the CD featuring international star Isabel Bayrakdarian. It was nominated for a 2018 JUNO (Canadian Grammy) Award.

Dr. Hamre has accumulated an extensive list of guest engagements as a conductor, adjudicator, clinician, and presenter, including two Carnegie Hall appearances conducting on the MidAmerica series. She has conducted her groups in Mexico, China, Italy, Austria, England, Greece, France, Spain, and Poland. June 2023 concerts are planned in Hungary and the Czech Republic. She has presented various choral-conducting and music-education sessions at the local, state, and national levels. Her articles have appeared in state and regional music magazines, plus the International Choral Bulletin, The Choral Journal, and Spotlight on Teaching Chorus. Her extensive experience conducting choirs in school, church, and community settings has given her the opportunity to conduct numerous new works, such as Joungmin Sur’s “Like Streams We Gather,” Anna DeFoe’s “A God and Yet a Man,” Bradley Nelson’s “This Central Garden,” and the American premiere of Philip Wilby’s reconstruction of Mozart’s Mass in C. The latest premiere, Joungmin Sur’s “A Hundred Years of a Thousand Tries,” was released in 2021 as a video project during the pandemic.

Dr. Hamre is the author of The High-School/University Sight-Singer (Masterworks Press), a music literacy method in use in every state plus the District of Columbia, Guam, British Columbia, Hong Kong, and Indonesia. The Weekly Sight-Singer: An Abbreviated and Accelerated Method, was released in 2011.

Dr. Hamre holds a Bachelor of Arts degree in vocal and instrumental music education from Augustana College, Sioux Falls, SD, where she was inducted into their Performing and Visual Arts Hall of Fame in 2017. She earned a Master of Music degree in choral music from the University of Northern Colorado in Greeley and a Doctor of Musical Arts degree in choral literature and performance from the University of Colorado in Boulder.

After holding numerous positions on local, state, and national boards, Dr. Hamre currently serves as Past President of the American Choral Directors Association, Western Region. She is a member of the Community Advisory Council for Valley Public Radio in Fresno. 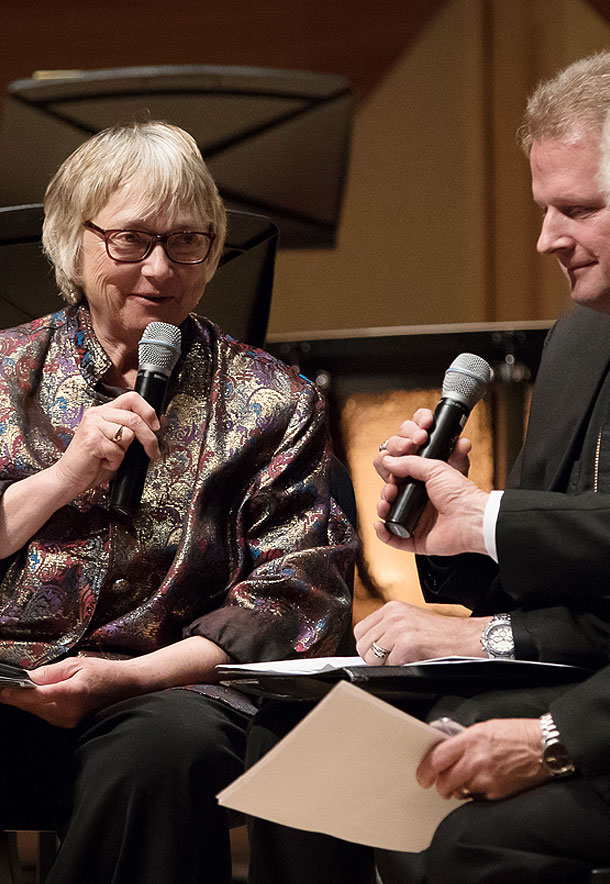 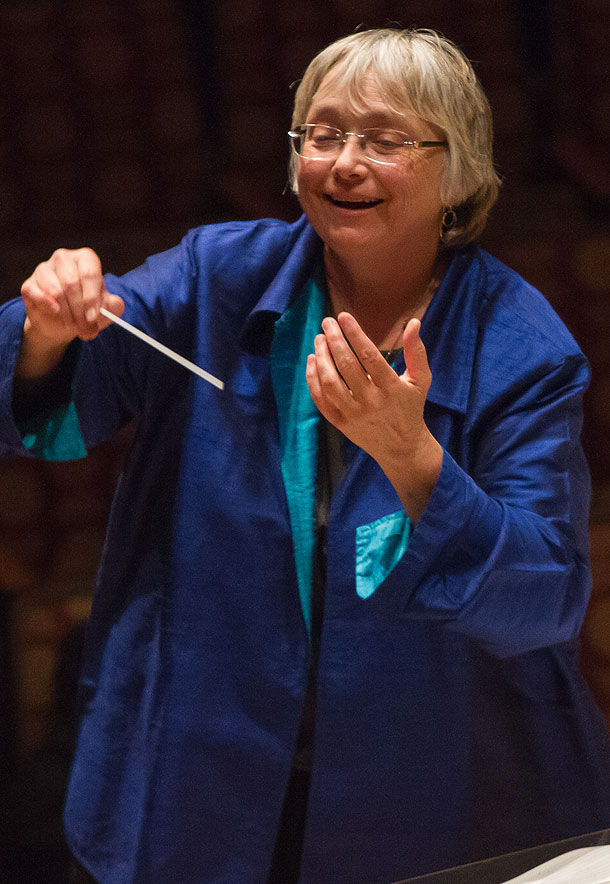