In November 1956, Fresno Community Chorus performed its first concert under Arthur Berdahl, singing Berdahl’s oratorio “Judas Iscariot.” The following year the chorus appeared for the first time with the newly-formed Fresno Philharmonic Orchestra singing Bruckner’s “Te Deum” under Haig Yaghjian. The chorus performed often with the Fresno Philharmonic during Guy Taylor’s tenure as the orchestra’s conductor. Works with the orchestra included the Verdi “Requiem,” and Beethoven’s “Missa Solemnis” and “Ninth Symphony.” Over its history the chorus has worked with a number of noted conductors, including a 1963 performance under Roger Wagner. Sandor Salgo of the Carmel Bach Festival, Eugene Wahlstrom, and Nick Iacovetti were early directors.

In 1966 Dr. Arthur Huff began his long-term directorship during which time the independent chorus became associated with what was then Fresno State College, an affiliation that continued until 2018. Other past directors include Jack Fortner, Phyllis Irwin, Randy McChesney, Leslie Guelker-Cone, Gary Unruh, and Mark Bennett, with performances of many great choral works such as Vaughan Williams’ “Sea Symphony,” Carl Orff’s “Carmina Burana,” and the Requiems of Brahms, Verdi, Fauré, Mozart, and Rutter.

Dr. Anna Hamre, who in August 1999 assumed duties as Director of Choral Activities at Fresno State, began directing the chorus in 2002. Soon after, Fresno Community Chorus Master Chorale became an auditioned choir, and added its smaller ensemble group, Coro Piccolo. During Dr. Hamre’s tenure the chorus has presented several premieres or early performances. The U.S. premiere of W. A. Mozart’s “Mass in C Minor” as reconstructed by internationally renowned musicologist and composer Philip Wilby was performed in November 2004 with Mr. Wilby in attendance. The work was performed again as part of the chorus’s 60th anniversary celebration in 2016, along with “Like Streams We Gather,” commissioned for the occasion. Other notable performances include the moving “Holocaust Cantata” by Donald McCullough, Rossini’s “Petite Messe Solennelle,” Bach’s “St. Matthew Passion,” and Robert Cohen’s powerful “Alzheimer’s Stories.” The chorus has also presented several special children’s performances, including John Rutter’s “The Reluctant Dragon” and “The Wind in the Willows,” and Benjamin Britten’s “Noye’s Flodde.”

Dr. Hamre and the chorus fostered significant further collaborations with the Fresno Philharmonic during the tenure of Theodore Kuchar, and this alliance continues today under Maestra Rei Hotoda. Other notable accomplishments include concerts presented by the Coro Piccolo chamber choir recorded for broadcast on KNXT TV. Coro Vox Aeterna, a group of women from within Fresno Master Chorale, was the treble-voice ensemble performing behind international star Isabel Bayrakdarian on her 2016 CD “Mother of Light: Armenian hymns and chants in praise of Mary.” The CD received a JUNO (Canadian equivalent of the Grammys) nomination for Classical Album of the Year: Vocal or Choral 2018.

With an eye to its motto “Giving Voice to the Valley,” the chorus continues to develop outstanding collaborations with other groups such as Alzheimer’s support organizations, the Armenian community, and the Japanese-American community. In March 2015 FCCMC presented the recently composed “Alzheimer’s Stories” in a moving and well-received performance that included a pre-concert presentation featuring the composer. In April that same year the choir and Fresno Philharmonic Orchestra presented “Witness and Rebirth: An Armenian Journey” conducted by Theodore Kuchar and including the world premiere of Serouj Kradjian’s “Cantata for the Living Martyrs,” commissioned by the Armenian Genocide Centennial Fresno Committee. “Remembrance and Healing,” a concert event in November 2017 that commemorated the 75th anniversary of Executive Order 9066, included performances of Fresno Gumyo Taiko (drummers), children singers of the Central Valley Japanese School, honorary speakers, and a photographic gallery.

Donald Munro included concerts of FCCMC in “The Fresno Bee” listing of Top Cultural Arts Events in 2015. Munroe explained that with “Alzheimer’s Stories” the choir’s performance “connected on both a cerebral and emotional level.” “The chorus and 18-piece orchestra ensemble, conducted by Anna Hamre with the sturdiness yet delicacy of a choice piece of Japanese porcelain, found both the seriousness and humor in the work.Through the power of music demonstrated in this deftly programmed concert, the Master Chorale made a precious contribution to the central San Joaquin Valley.”

Touring with its musical offerings is also part of the chorus’s artistic endeavors. During the 1990s, Fresno Community Chorus toured Scandinavia, singing American music in three countries, and made a trip to China. In February 2006, the chorus joined in a performance of Gabriel Fauré’s “Requiem” at New York’s famed Carnegie Hall. FCCMC completed a pre-Olympics tour in China in March 2008, and performed for a second time at Carnegie Hall in April 2009. In June 2009 the chorus toured in Salzburg, Vienna, and Prague. A concert tour to Italy in 2011 included singing the mass at the Vatican, and in June 2012 FCCMC made a pre-Olympics tour to England. In June 2015 members of the chorus performed in Greece, and in June 2017 the choir toured Spain and the French Riviera. The chorus completed a Poland tour in June 2019.

Under Artistic Director Anna Hamre’s leadership and with the help of its board of directors, Fresno Community Chorus continues to grow its reputation for excellent musicianship and acts as one representative of the rich Central Valley arts community. In 2009, Fresno Community Chorus incorporated as a 501(c)3 non-profit arts organization. To the Master Chorale and Coro Piccolo choirs already in the organization, FCC, Inc. added a new classical choir, Coro Solare, in 2016. With the goal of accommodating singers who prefer not to drive after dark, this non-auditioned choir performs with professional instrumentalists twice a year, and conducts outreach concerts in elementary schools and retirement communities. The latest addition to the organization is the Quintus ensemble for male voices, which performs with the Master Chorale and also sings as an independent quintet. Its goal is to provide support for young singers in the early years of their professional musical careers.

Looking back on the richness of the past and ahead into a vibrant future, the board of directors, Artistic Director, and singers of the Fresno Community Chorus ensembles excitedly anticipate more performances and tours, and presentations of great choral literature to audiences who continue to grow in appreciation and support. 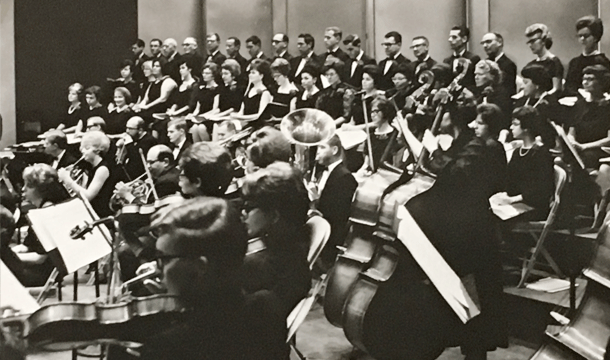 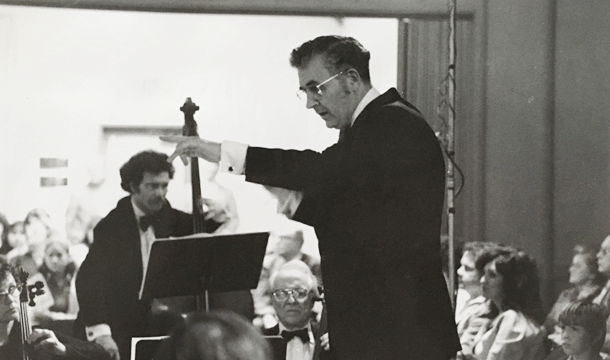 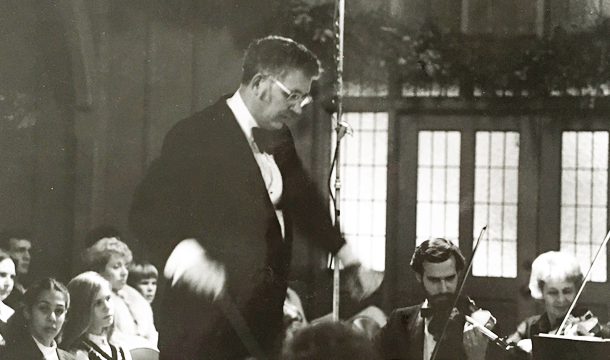 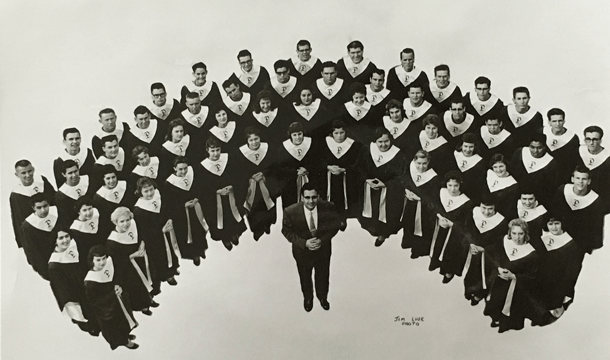